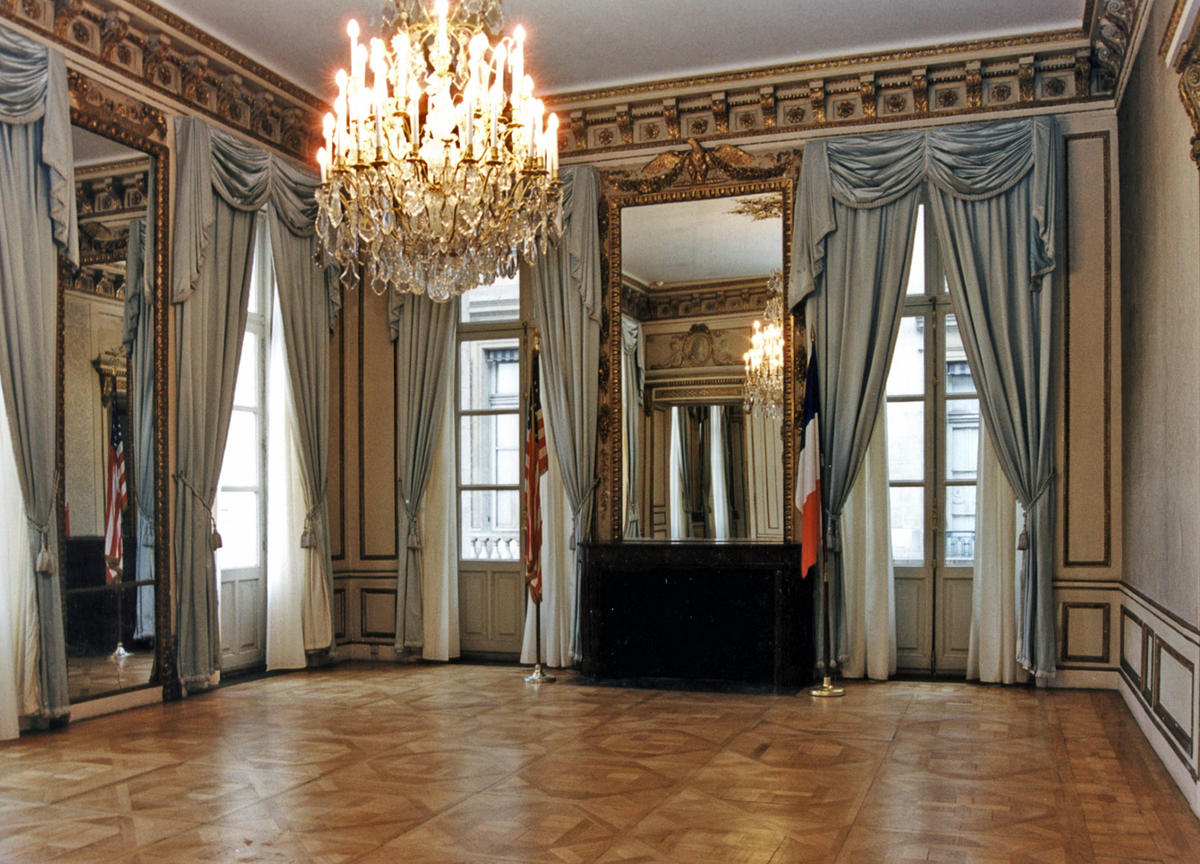 The Free Spirit Foundation, The U.S. Embassy France and the U.S. Department of State are proud to be working in close cooperation with several U.S. Embassies in Europe to protect our planet, environment and wildlife through new technology.

In 2020, they co-hosted the ZooHackathon 2020 – coding to end wildlife trafficking. Several partners have been part of that amazing event such as United Nations, the European Commission, IUCN Netherlands, IFAW, Interpol and Microsoft.

The U.S. Embassy and The Free Spirit Foundation plan to celebrate the IT FOR THE PLANET initiative and the ZooHackathon 2020 in the amazing Marshall Center in Paris. Partners will be invited to join our private ceremony and to discover an amazing painting exhibition.

After World War II, the U.S. Department of State rented, from 1948 until 1950, then bought, on November 14, 1950, the Hôtel de Talleyrand from the Rothschild family, to serve as the home of the American Administration of the European Recovery Program, better known as the Marshall Plan. It was named after U.S. Secretary of State George C. Marshall, who, on June 5, 1947, outlined in a speech at Harvard University the United States Government plan to contribute to the economic recovery of Europe after World War II. It is in this mansion that Ambassador W. Averell Harriman, who was appointed by President Truman, headed the American Administration of the Marshall Plan in Europe between 1948 and 1951, and gathered representatives of the 17 participating European countries.

From 1981 until 1984, under the supervision of the Office of Foreign Buildings Operations of the U.S. Department of State and an expert in historic décors, Robert Carlhian, architects Hugh Newell Jacobsen and J. Bruce Smith conducted major renovation works.

From 1984 until 2007 the mansion housed several offices of the American Embassy to France, including the Consular Services, the Internal Revenue Service, and the United States Information Services.

From 2000 until 2010, the Hôtel de Talleyrand again underwent major restoration work, managed by the U.S. Department of State in collaboration with the World Monuments Fund Europe. French experts of 18th and 19th century historic décors Robert Carlhian and Fabrice Ouziel undertook extensive historical research. The restoration, accomplished by over 150 French artisans, was financed by private funds from both sides of the Atlantic. In 2010, restoration of the Hôtel de Talleyrand was completed.

Today the diplomatic receiving salons, known as the George C. Marshall Center, have been restored to serve as a venue for official conferences, meetings and receptions. The hôtel particulier is also leased to the Parisian offices of Jones Day, an American law firm.

© 2020 Free Spirit Foundation
You can enable/disable content protection from Theme Options and customize this message too.